Beachside vacations may seem like a distant memory during coronavirus lockdowns, but in Seoul's Gangnam District, the ocean has come to the city. 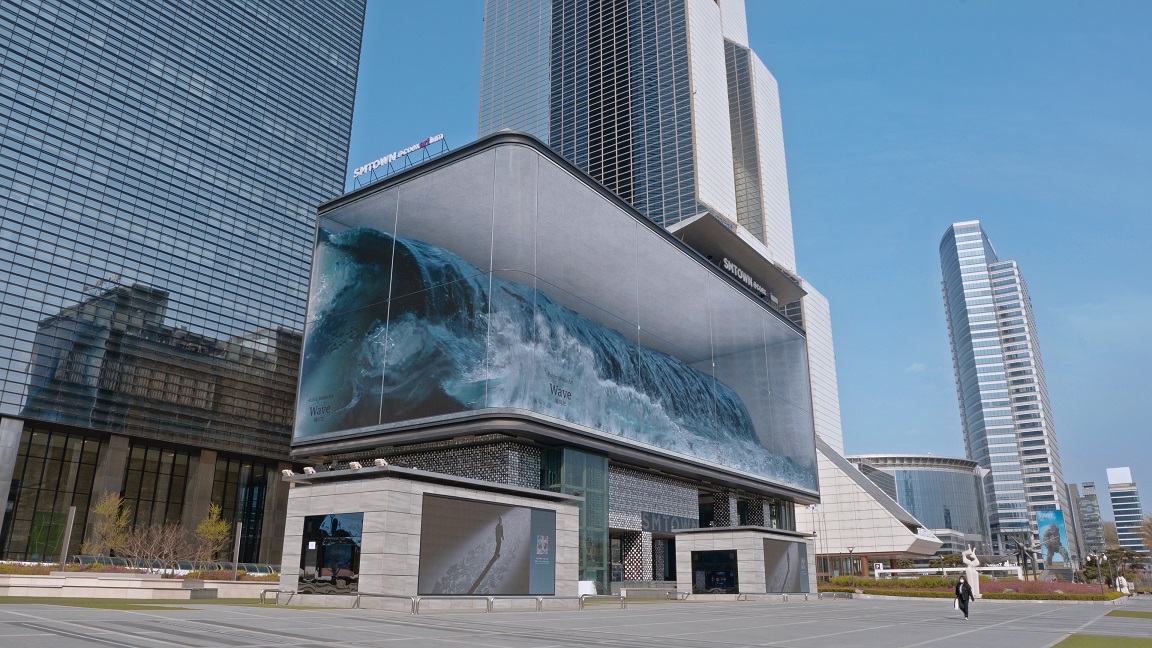 A giant wave has appeared on the LED façade of the city's SMTown COEX building, South Korea's biggest digital billboard. The anamorphic illusion rears up before crashing into the surface of the screen, making the two-dimensional wraparound display seem more like a large tank.

Appearing for exactly one minute every hour, the simulation is so realistic it looks as if water is about to pour over the heads of people who pass through the busy commercial square.

Titled "WAVE," the project was designed by d'strict -- a firm that specializes in using immersive technology to create public art. The project took four months to execute from start to finish, including three months of digital design work to make sure it achieved the desired effect.

"We want to create overwhelming experiences," said Jun Lee, Business Development Director at d'strict. "Waves are beautiful and dynamic in themselves but we chose them as our subject because they evoke feelings of comfort -- which is much needed now."

Social media split on whether it was relaxing or stressful. One user compared it to the inside of a washing machine while another mused that it was like a "self quarantined sea." 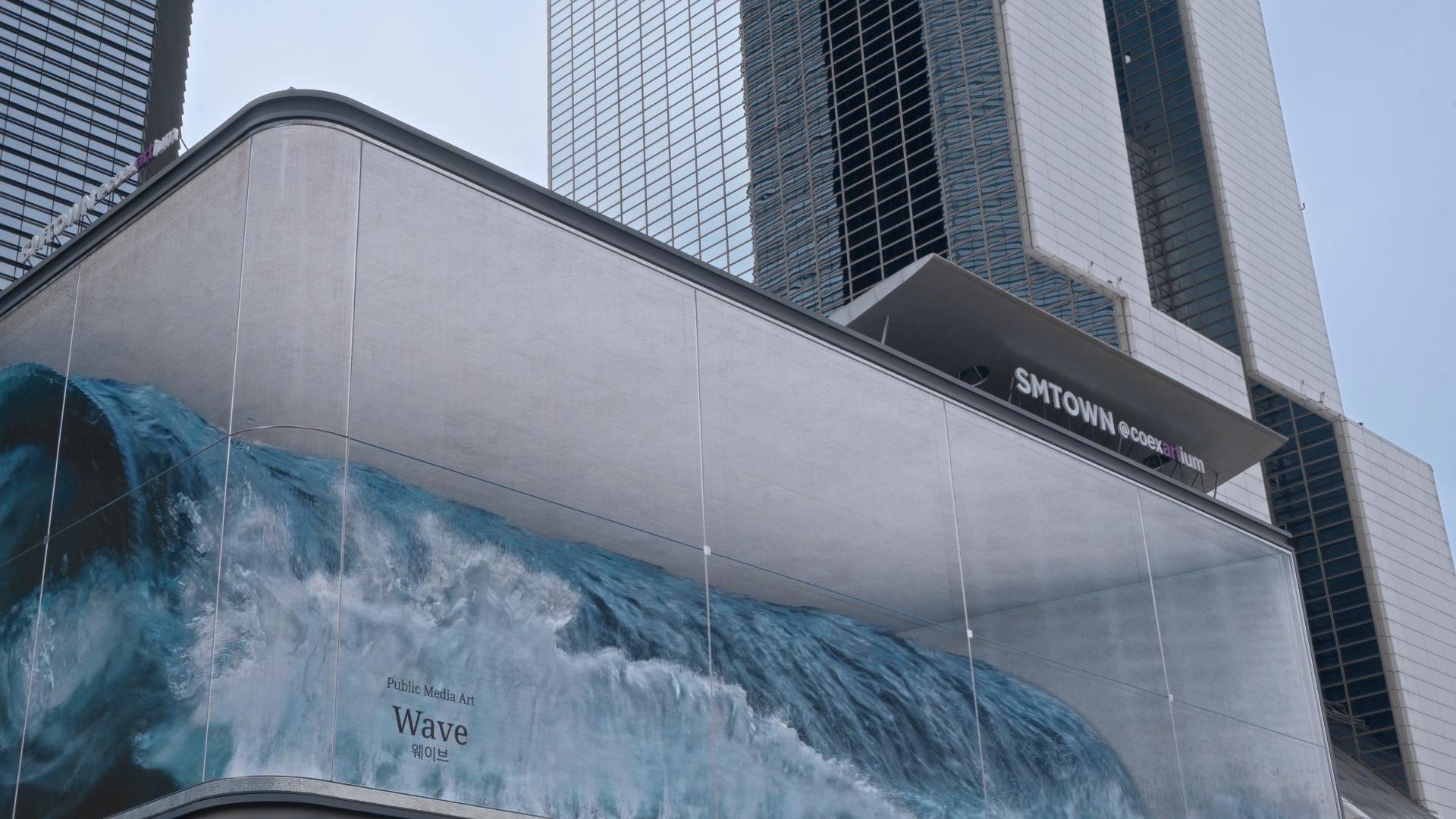 The screen, measuring 80 by 20 meters (262 by 66 feet), is a popular platform for brand advertisements, K-pop videos, and more recently, digital art installations.

The creative project is the latest addition to d'strict's portfolio, which includes commercial work and outdoor installations, for clients such as Samsung and LG.

This summer, d'strict is expected to launch an art- and technology-inspired indoor theme park on Jeju Island, featuring a holographic theater among other anamorphic spaces.