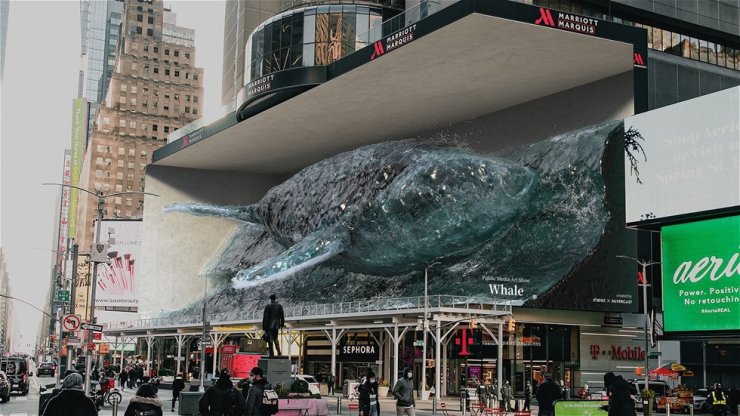 A rendering of a'strict's media art installation, "Whale #2" (2021) / Courtesy of the artist and Kukje Gallery

From July 16 to Aug. 2, the group's gigantic whale and waterfall will appear before the eyes of millions in the U.S. for the first time.

"Whale #2," scheduled to play daily from July 16 to 27, will occupy a 1,400-square-meter digital screen located at Times Square's Pedestrian Plaza. The screen will transform into a surreal 3D oceanic tank, where a massive blue whale will move rhythmically while basking in the rolling waves. 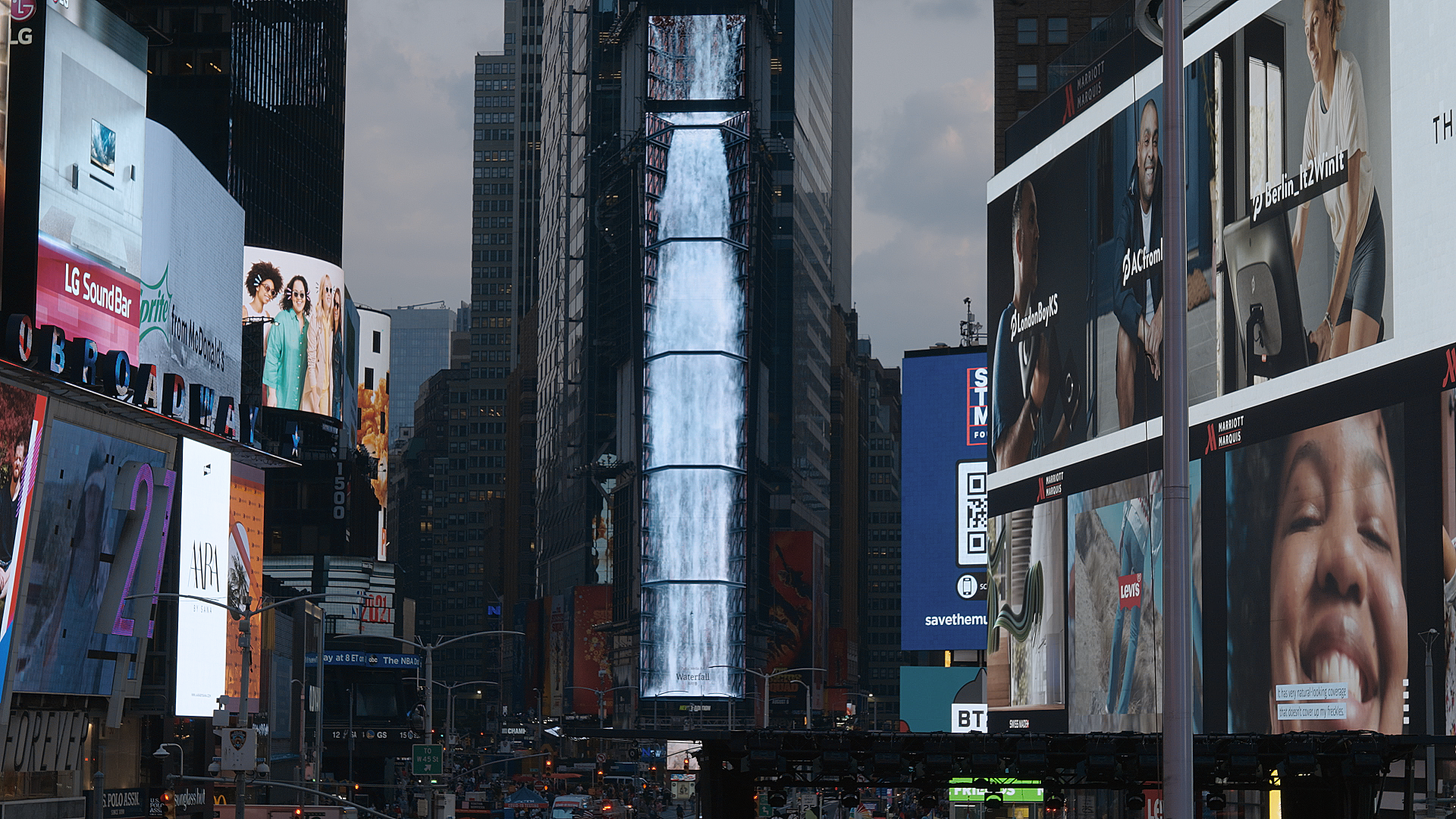 A rendering of a'strict's media art installation, "Waterfall-NYC" (2021) / Courtesy of the artist and Kukje Gallery

Following the piece is "Waterfall-NYC," which will be installed on the exterior of the iconic One Times Square building using four vertical screens, standing at a total height of 102.5 meters. The artwork will be, in fact, approximately three times higher than the similarly themed, 36-meter-tall installation, "The New York City Waterfalls" (2008), by artist Olafur Eliasson.

The digitally cascading water, amidst the towering skyscrapers, brick buildings and steel frame structures that make up a large part of the sleepless city, is expected to create a compelling, otherworldly presence for viewers.

It was last year when a'strict debuted with its immersive video art project titled "WAVE." The outdoors digital billboard at K-Pop Square outside of the COEX mall in Gangnam District, southern Seoul, usually reserved for ads, turned into a gigantic container with transparent walls. Inside, the realistically rendered blue waves roared and thrashed, captivating viewers.

Since then, the group has participated in the group exhibition "The Nature of Art" at the Busan Museum of Art, and produced one of the chosen pieces for "JAY CHOU X SOTHEBY'S," a major contemporary art auction series hosted by Sotheby's Hong Kong.