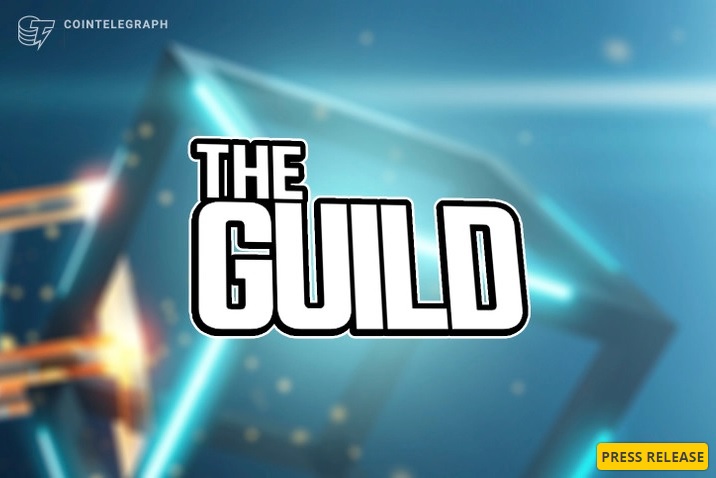 
Arte Meta and The Guild

The Guild is releasing a multiple-edition, generative project titled “Dawn of Eternal Spirits.” Featuring 1,337 artworks, together they will form part of a whole — a forest in spring bloom, with two deers taking center stage.

The project will launch while hosted on Async’s Blueprints service. It will see the merging of Async’s layered states with d’strict’s 3D technology to bring users a series of uniquely generated spirits that grant tokenholders benefits and discounted access to the Arte Museum, d’strict’s offline immersive art exhibition space in South Korea. Each spirit artwork is also eligible for two future presale-list spots for upcoming drops with Arte Meta and The Guild. Additionally, there are a total of three legendary pieces for the super-lucky collectors. There will be no duplicates.

The presale list is now open. Presales of “Dawn of Eternal Spirits” will start on Tuesday, May 17, and wallets will be allowed to mint a maximum of two Spirits. However, collectors can top up their purchases during the public sale with a maximum of five transactions per wallet.


What does Async’s Blueprints service achieve?

It’s less about “what” and more about “for whom” — and more importantly, “why.”

Blueprints is a canvas template that allows Async creators to develop generative art projects akin to CryptoPunks or Bored Ape Yacht Club. Each NFT includes a set amount of traits randomly generated to form the characters the community has come to love. Async artists have a brand-new, all-in-one tool to effectively build a generative project without a team of coders, developers and technologists. The Guild is pulling together some crypto artist “OGs” to take advantage of this new, democratizing art tech.

The participating 45 artists are:

Own a slice of generative art history when “Dawn of Eternal Spirits” pre-launches on May 17 or has its public launch on May 19.


About d’strict and Arte Meta

D’strict is a world-class digital design company creating innovative spatial experiences by integrating content and digital media technology. Some of its most rewarding projects have been in the realm of digital entertainment — most notably, one that provides an immersive media art experience inviting the audience to actively engage and sometimes even contribute to the content.

D’strict is entering the metaverse as Arte Meta with guidance from Numomo, the premier creative NFT agency, collaborating with prominent NFT artists and The Guild for its genesis NFT art project “Dawn of Eternal Spirits.”

Arte Meta is a crypto artist unit of digital design company d’strict. It operates in the crypto art scene as a creator of an unrivaled immersive experience with works that expand and evolve beyond time and space. By converging various technology and creative capability, Arte Meta will continuously explore a new realm in digital content creation and the possibilities of the present and future.

The Guild is the first NFT organization founded on the Ethereum blockchain in 2020. It is an inclusive, dynamic and interdisciplinary arts collective with a key focus on cultivating creative collaboration and promoting cross-cultural synergy, positivity, equality and artistic sustainability.

Many of The Guild’s artists have been in the NFT space since its inception. To date, it has had several record-breaking sales. Its nested NFT artwork “Pandora’s Box” sold for 42 Ether (ETH), while “Cyber Watch” sold for 88 Ether. Both were record-breaking sales on their respective platforms. Most recently, The Guild also sold out of its 9,000 “Sports Lion” avatars created in partnership with SportsIcon.

Numomo is the premier global creative NFT agency based in Asia and headquartered in Seoul, South Korea. Its core mission is to onboard the next million metaverse users. To this end, Numomo has published a best-selling book, NFT Revolution, with more than 100,000 copies sold and translated versions in Taiwanese and Chinese to be released this summer. In addition, Numomo is currently working with Krust, a global business partner of Klaytn, to further expand Korea’s metaverse, NFT and Korean art communities.

Learn more about The Guild, d’strict’s Arte Meta and Numomo.

Join the conversation on Discord.