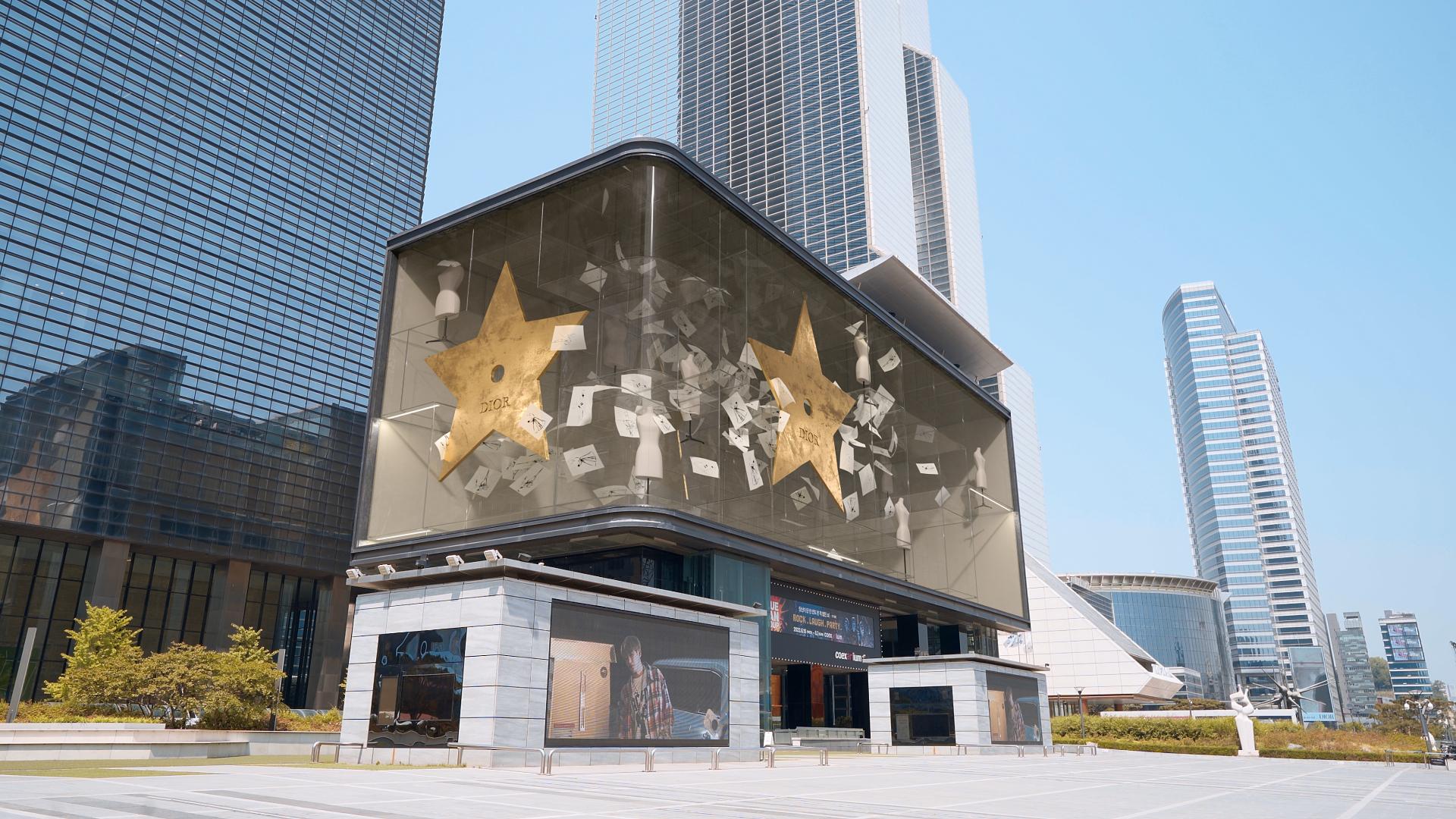 Dior Seongsu is a temporary concept store that opened in Seongsu-dong, Seoul, in May to commemorate Maria Grazia Chiuri’s 2022 Dior Fall Collection. The exterior of the store is emblematic of 30 Montaigne, the Parisian headquarters of Dior which features a store, cafe, and garden. 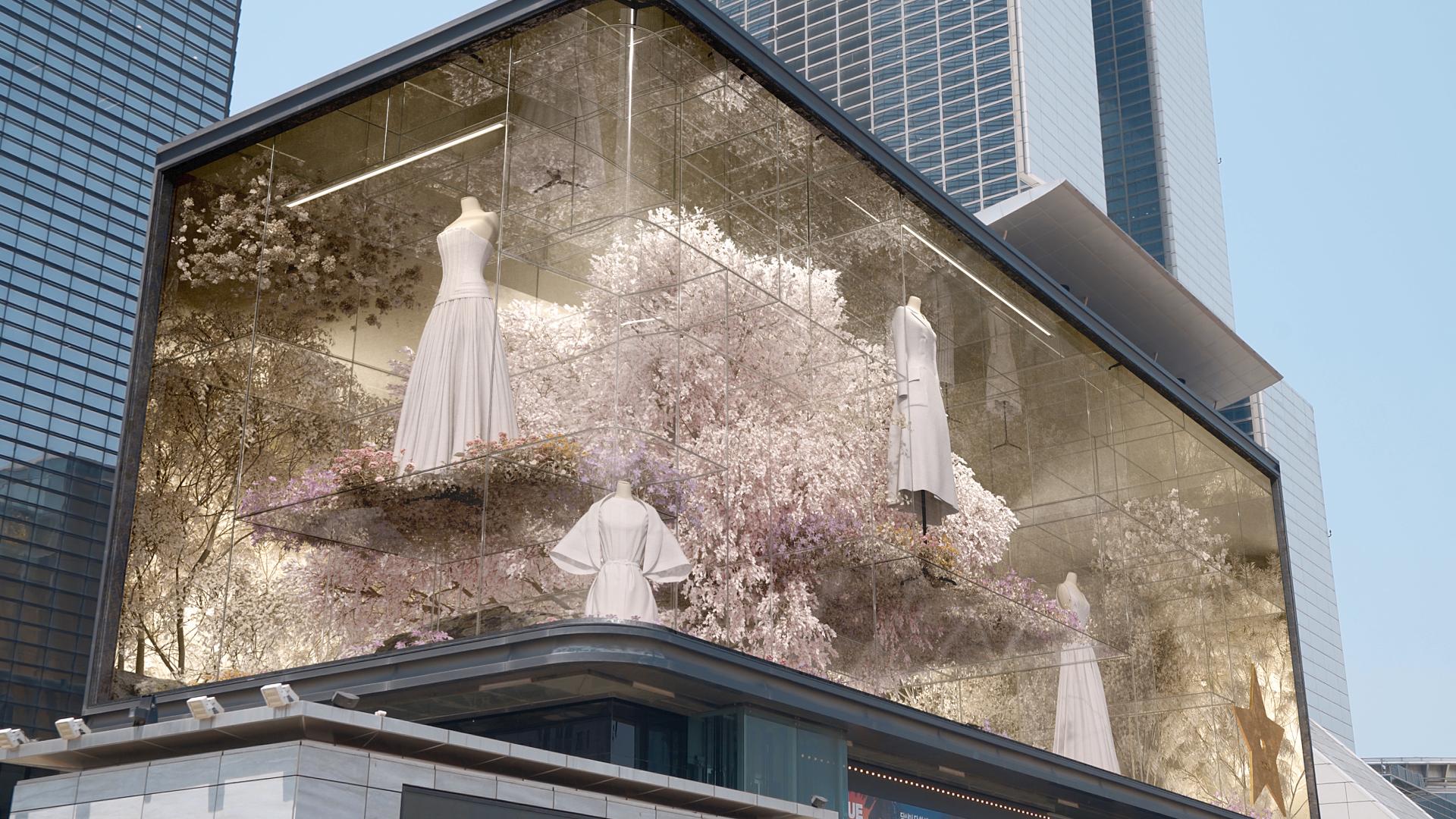 A new transparent glass showcase has transformed Dior Seongsu into an eye-catching focal point in the city. A variety of brand assets are included such as notable Dior sketches and some of the most famous Dior dresses. Following a brief glimpse into the history of the brand, the store reveals its appearance at the end of the presentation. “The content flows elegantly and softly as if watching Dior’s fashion show, drawing people’s attention,” says d’strict.

Following its viral public art sensation ‘WAVE’, Korean digital design company d’strict has created a teaser video for its next project. The preview celebrates the opening of Dior Seongsu and the media wall content for Café Dior which is located inside the concept store.

d’strict has used its production ability to transform a finite area into a wider, three-dimensional space through innovative media content.

The first media wall theme, Dreaming Garden, recreates the rosy landscape of the Granville mansion, where Monsieur Dior spent much of his childhood. His particular affection for flowers is beautifully expressed in the video background which takes on the appearance of a typical French garden. d’strict transitioned the content through dawn, day and night to represent eternal beauty. 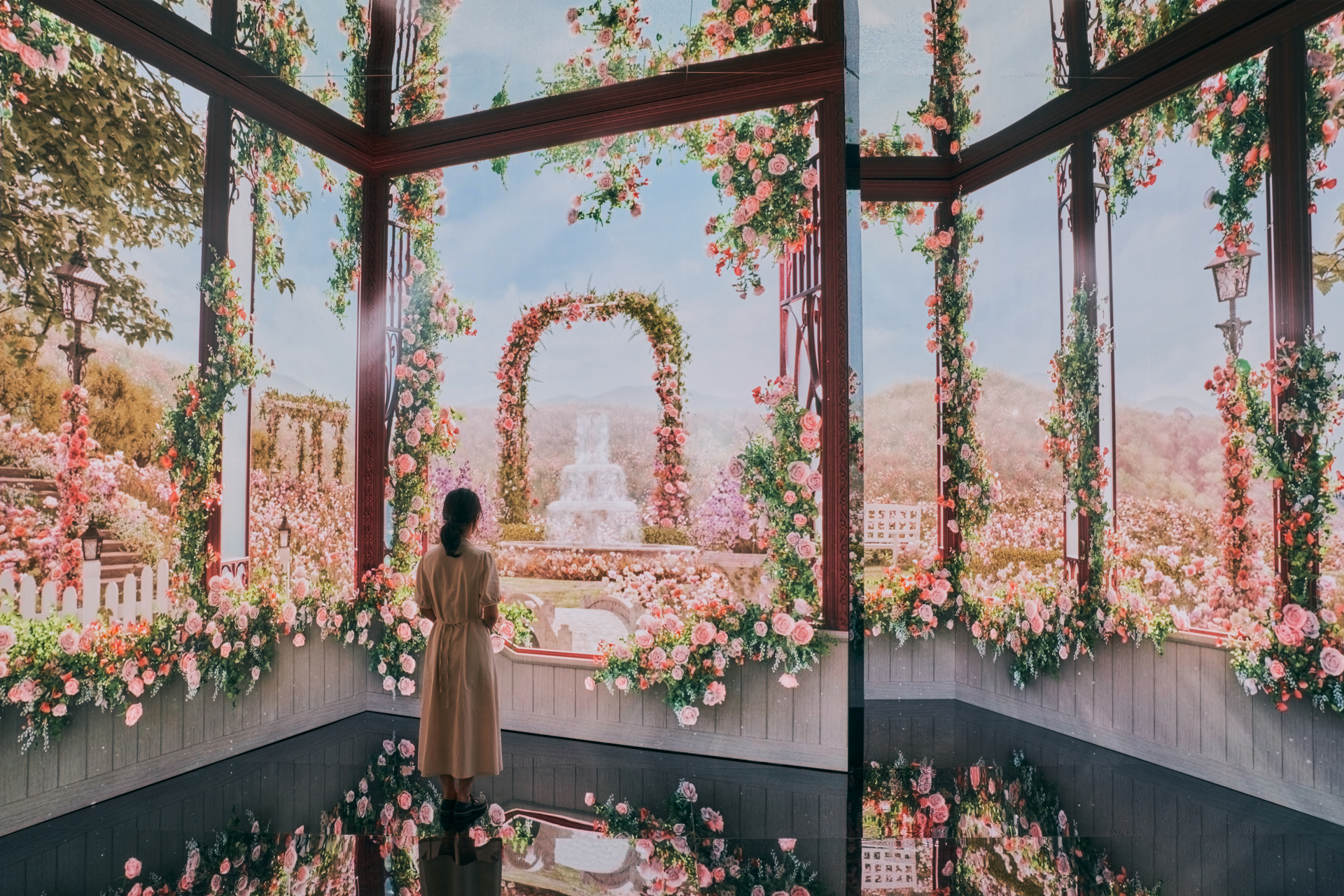 The second theme is Inspiration Jungle, with d’strict creating a waterfall as an analogy for Dior’s never-drying source of inspiration. Animals from the Dioriviera capsule collection were included alongside the main colour of the season; bright orange and pink. The night of the jungle brings forward a midnight blue shade, glimmering in the dark. 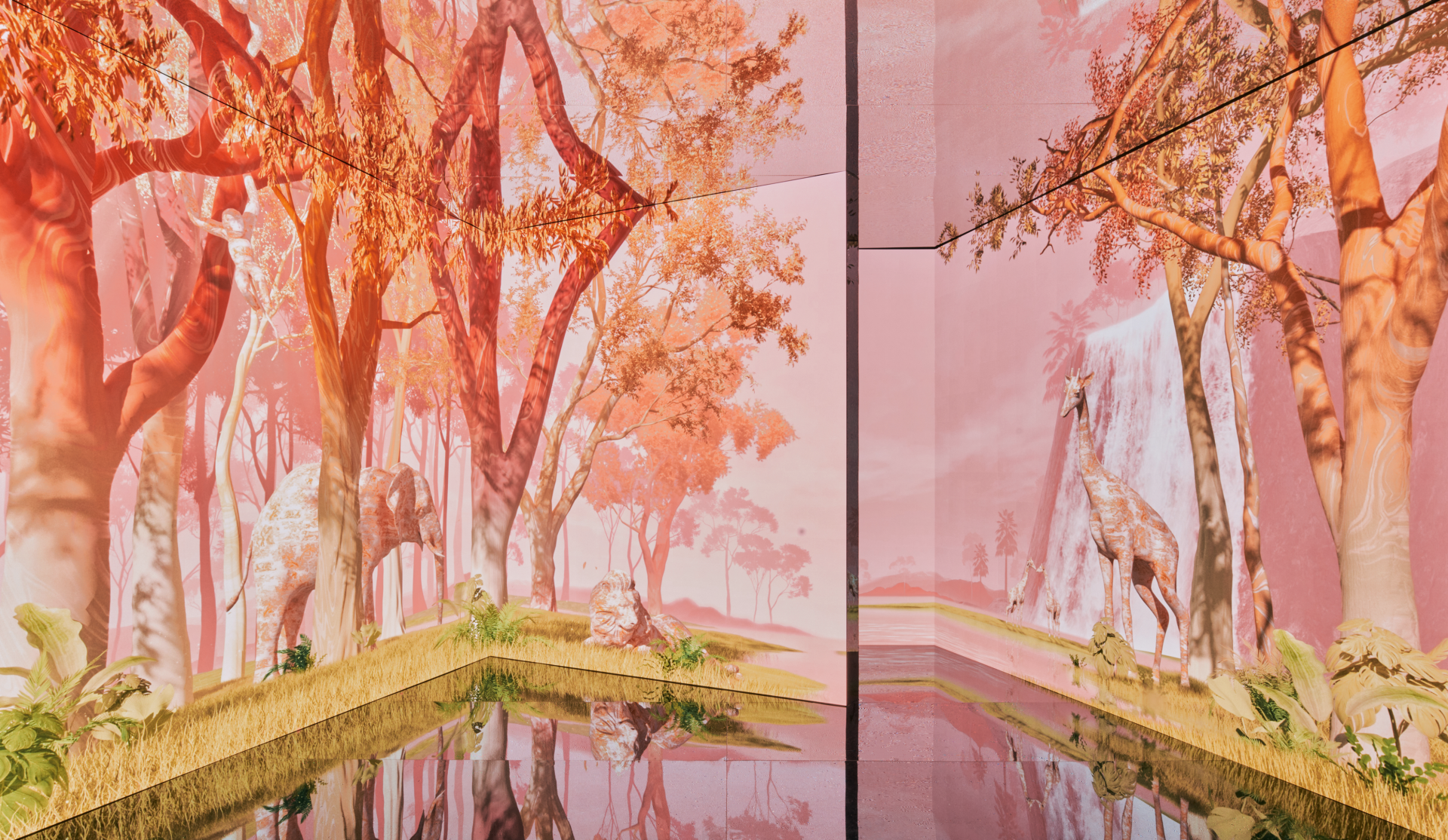 The new media installations have already generated positive reviews from guests: “The nobleness of Dior is very well expressed. The section divided by a transparent wall gives Dior a much modern look, giving the feel of a glass case,” says one viewer, with a customer who visited the Café Dior adding: “The ever-changing garden is truly gorgeous, and I felt like I was in an exhibition.”